The arm that sticks out from the tower needs to be kept at the shortest distance possible for setting each rivet. Only put enough pressure on the ram to set the rivet. Using too much pressure can bend the ram even though it is made out of 4140 steel. The four front trunnion rivets are installed by putting the ram in from the front of the trunnion. Then the magwell rivets are done from the opening of the magwell. Be sure to use the dimple die to countersink the receiver for the swell neck rivets. 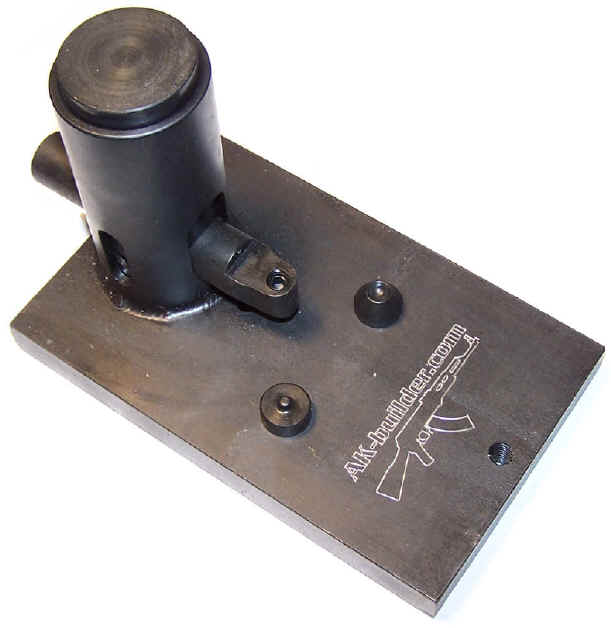 The two urethane blocks are for leveling out the receiver. This material was chosen to keep from putting marks in the receiver. They are fairly hard, but will also give in case the receiver wants to turn. Making sure everything is square will help keep that from happening. Another thing to watch out for is to keep the rivet head flush up against the receiver. If you had to pound the rivet into the hole with a hammer then take it back out and run a drill bit through. The trunnion will guide the drill and open the hole up just enough for the rivet to slide in and out.

Below is the standard setup for installing the long rivets for the rear trunnion, center support rivet and Yugo/RPK front long rivets.

This picture shows the long rivet tool while aligning the rivet to the center of the large bolt. There are two alignment tools with holes for the 4mm and 4.5mm rivets. Use the one that fits the rivet the closest and slide it through the bolt and through the notched piece. Once everything is centered and the receiver is completely square tighten the large bolt. It may be necessary to use a pair of pliers to remove the alignment tool. 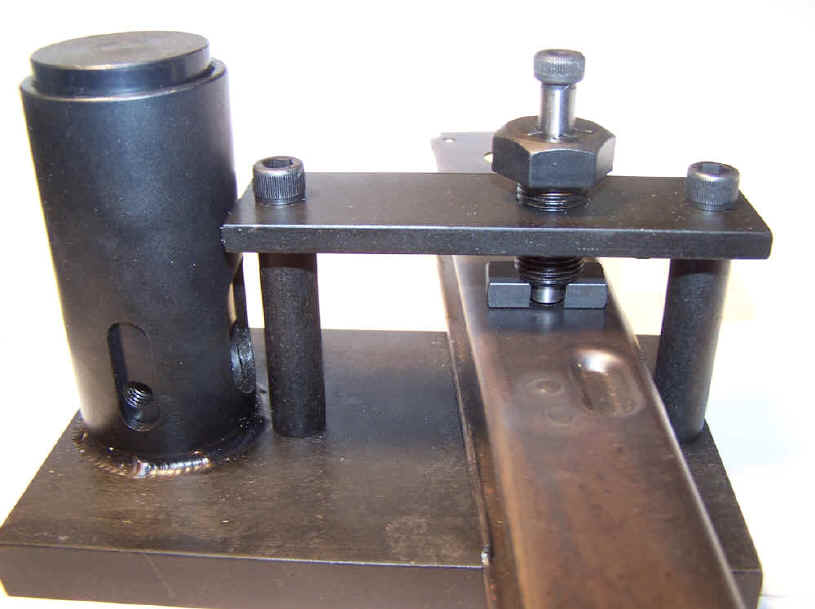 Now switch to the cupped rivet forming tool and slide it through the hole on the large bolt. Use the notch in the small block as a window so you can watch the rivet being set. This shows doing the center support, but the long rear rivets will work the same way. My center support rivets are just like the originals with a flat head so the rivet is just sitting flush on the base of the jig. When doing the long rear rivets use the cupped die to support the rivet head. The cupped piece isn't shown in these pictures, but is round with a cone shape with the cup to support the rivet. 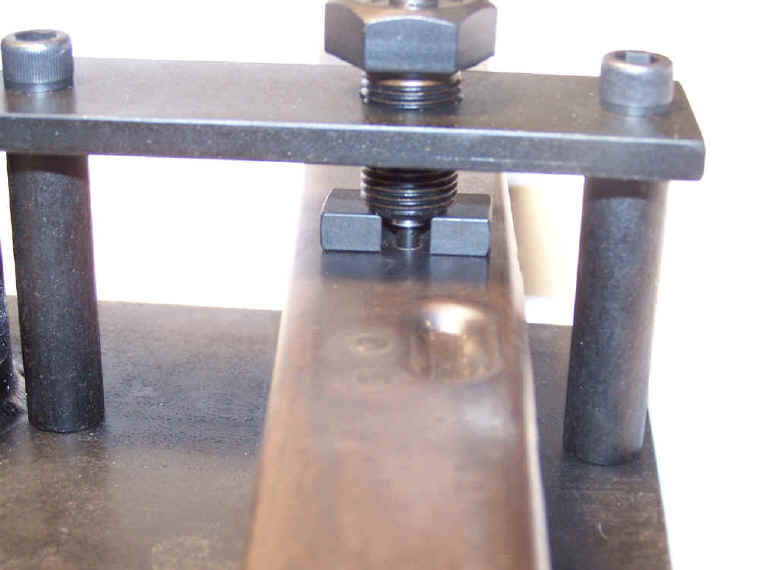